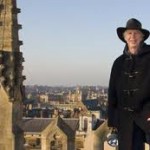 Alan Macfarlane was born in Shillong, India, in 1941 and educated at the Dragon School, Sedbergh School, Oxford and London Universities. He is the author of over twenty books, including The Origins of English Individualism (1978) and Letters to Lily: On How the World Works (2005). He has worked in England, Nepal, Japan and China as both an historian and anthropologist. He was elected to the British Academy in 1986 and is now Emeritus Professor of Anthropology at the University of Cambridge and a Life Fellow of King’s College, Cambridge.