Susan Haack is Distinguished Professor in the Humanities, Cooper Senior Scholar in Arts and Sciences, Professor of Philosophy, and Professor of Law at the University of Miami.

Haack’s work has been translated into French, German, Italian, Spanish, Portuguese, Polish, Russian, Croatian, Danish, Swedish, Romanian, Korean, and Chinese; and she is invited to lecture around the world.

Haack was included in Peter J. King’s One Hundred Philosophers: The Life and Work of the World’s Greatest Thinkers and in the Sunday Independent’s list, based on a BBC poll, of the ten most important women philosophers of all time. Haack’s work has been celebrated in two volumes of essays, Susan Haack: A Lady of Distinctions (2007) and Susan Haack: Reintegrating Philosophy (2016). In 2011 Haack was awarded the degree of Doctor Honoris Causa by Petri Andreis University, and in 2016 the Ulysses Medal, the highest honor given by University College, Dublin. 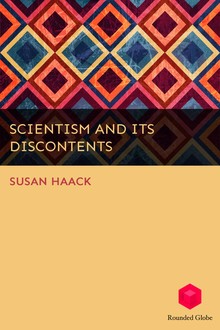